They might have been relatively new additions to the toy shrine, but Amanda Visell's toy figures are some of my most treasured! The simple but expressive styles of the characters in her paintings just pop off the pages and into the 3D space with all their qualities intact, and I can play with them too! :)

Started back in 2008, I collected the Baby Eating Crocodile from the Vivisect Playset and a couple of mini Dunnys, but Kidrobot was the company that pulled out all the stops and produced the Kozik x Visell Wood Labbit for SDCC 2009. Labbits are a stable diet for Frank and Kidrobot, they churn out a ton of mini and big ones every year, but Wood Labbit is the most special of them all, blessed with Amanda's wood magic!!!

A cropped ear, sprouting leaves, wood pattern, axe and of course he swallowed the lumberjack :) What can she release to top that? Well just a few months later, the 8" Wood Donkey Dunny appeared with all the wood goodness! There was also the Large Tree Stump stool but that's a rather expensive stand for the Wood Labbit & Wood Donkey Dunny, I just have to make do with the little one that comes with the Wood Donkey Dunny :P

To complete the wood theme (so far), the Tic Toc Apocalypse mini series release in 2010 included the Lumberjack Gnomes and Wood Dragon. Well I thought that must be it, but not quite done yet ;) One of the gnomes was also the victim of the What-did-i-eat-ephunt!

Finally I was lucky enough to get my hands on one of the few Bed Monster sets, a collaboration between Amanda & Itokin Park. I will leave you to judge for yourselves these lovely handmade resin figures :)

Well well well, the aim of course is to cut down and I have begin that hard job of sorting out the toys collection, but when my favorite "keeper" artists create something wonderful... I cannot simply ignore them! After all I have not given up collecting :P

So a few new pieces from James Jarvis and Ayako Takagi, and an old custom piece by Rolito, who I've covered already in the previous posts :)

2. Oops! I ate Uamou Burgerbuns custom by Ayako for the Super7 Funbuns show

Uamou from another planet...

Back in 2005, I came across Ayako Takagi's work in Playlounge (yeap that shop again). There were the polystone sitting Uamou and Katz & Beer figures. At the beginning, I was attracted by Katz & Beer more and now I know why!


Uamou materialised in 3D form from the comics and illustrations in varies poses: sitting, walking, angry etc. He's certainly Ayako's main character, as she told me that she has the Uamou idea and universe in her mind since she was young. A figure with a pose, reenacting a scene, freezes a moment in time, which works very well for action figures from movies and comics, is not the reason I collect designer toys. For me, the simpler Katz & Beer's standing pose gave me more freedom to imagine and to play! I think that is the most important aspect of a designer toy for me, that makes me want it and create my own story for it, in my head and in my photos. I have since sold my walking and angry Uamou figures.

Fast forward 2 years, the clear resin Uamous were released in 2007, that's when I really got hooked, especially the Buuts Buuts Uamou. Distilled down to the simpliest form and rendered in crystal clear resin, they interact with their surroundings like no other toys I've ever seen before. Just look and let your imagination run wild!

In true Japanese Kaiju vinyl figure fashion, the Uamou family exploded in 2009, waves of different colorways were released. I must confess, most of the time I really hated toy figures with many colorways. When Toy2R brought out yet another colorway for a Qee, Mintys or Bossy Bears in the most unnatural colours that I couldn't imagine, etc. Maybe it is down to the Uamou's simplicity form again, or possibly the mini dimensions? I bought most of the mini vinyl Uamou colorways that I could get my hands on *wallet weeping in the background*. This time I can't really explain it with words, so I will just let my video and photos do the rest of the talking :) Hope you like them too!


United Uamou from doc18 on Vimeo.

My first James Jarvis toy was unintentional! :P I really wanted a pair of Stussy exclusive Nike Court Force Low and it happened to came with a toy. He's called Leon and he looks exactly (with James Jarvis style twist) like the bloke running the store!!!

Then I saw Clutter selling this exclusive Pink Gorilla called King Ken that's featured on the cover of the magazine. I thought I would have one of them! Who wouldn't like a good 12" pink gorilla?!?!

Now I am kind of hooked and really needed to check out who this Jarvis bloke is! As a toy addict, you read about the stories, in this case Vortigern's Machine, and found out how many colorways and figures that you've missed already... Many moons later, apart from the one and only olive green prototype King Ken, the brotherhood is complete at the Toy Shrine!

The obsession went deeper and deeper. His first toy was Martin released back in 1998 by Bounty Hunter, so it was a lot of catching up to do! The mini In-crowd characters were easy to get into, and there were still some sets knocking about at reasonable prices. More Vortigern's Machine characters, including a 20" Troll, Yods, Bird Gods, mini King Kens, Calebs, etc... So far I've only sold a pair of Wrestling Elves, because it is the one that's the least coherent with the rest of the collection and I can do with the room it freed up. Everything else is a keeper!!! :)

So with James Jarvis toys, it is very simple for me. They are filled with personalities, bringing to life many of the characters from his illustrations, which is good enough reason for me (well the designs are good of course). He's one of the best Britain has to offer and is going to take up a large quota in my collection!!!

There are many reasons to buy a toy, generally the top reason is that it makes me smile, let my imagination runs wild and into photos. Sometimes the toy is simply another cute looking figure and the quality is so so, but it represents wild and amazing things in my head!?

First of my favorite artists in my collection is Rolito. His Rolitoland (http://www.rolitoland.com/) website and the Mini Rolitoboy Book blew my mind back in 2006, and I just wanted to get every single figures that came from there!

The rolito pieces have been the main part of my collection the longest and still one of the biggest. However, in order to trim down, the bigger Nedzeds had to go except for the Colette Bleu edition. They have gone to loving homes, so I am happy :) The Rolitoboys, minis, Politos and Patapons are here to stay though!

Even better is that Rolito has applied his magic on the PSP and I can play in Rolitoland anytime anywhere!!! Check out his games called Patapon!!!

With the start of the Keepers post, it is time to start the toy count! You will find it at the top right hand side ;)

Every addict has a dealer, and the dealer that started my addiction was...

... I first came into contact with Designer toys and the first time I really took notice of them was at Playlounge in London. I stumbled upon it because I was looking for more Gloomy Bear key-chains and they were the only place that had it in stock in town. This was back in 2005.

After a few random purchases, including lots of Nara Yoshitomo plushes, I was attracted by the character designs on some blind box mini figures. They get you hooked exactly the same way as capsule toys, where you do not know what you are going to get until you rip the packaging open. You keep buying until you've found all the ones that you want >_<

This mini figure series was David Horvath's 2-Faced Dunny series 2!!! The addiction worsened and after many other David Horvath and Kim Sun-Min toys later, I was too far down the rabbit hole to escape ........

Since then I've sold most of them from the 2-Faced Dunny series, keeping only the ones I really want, including these two.

I don't believe that I will ever kick this addiction for good but at least I hope to distill the collection into the very best for my Toy Shrine and stop being a completionist! :P

It is a name that was termed by some of my friends on Flickr for my toy collection. Now I am using it to describe my relationship with my toys, and documenting it on this blog.

How I see them, especially through my camera lens? Which are my favorites? How I decide what stays and what goes?... 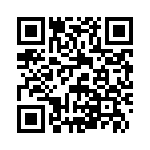 links back to this blog